Juhani Risku has worked in several architect’s offices in Finland. The work profiles start from apprenticeships to a practicing team member.

During the work session at Halme Acoustics the projects varied from Alvar Aalto’s and Reima Pietilä’s architecture and best Finnish architectural competition winning cultural buildings and music halls to Heikki Siren‘s Baghdad Conference Palace, his Tripoli Conference Centre (Ark 1983 :5-6), and Timo Penttilä‘s Bahrain Cultural Center. The big halls of these buildings were for 2000-3500 persons each.

Risku participated in a five person innovation team for architect, professor Matti K. Mäkinen. The main projects were a large visionary planning project to Sörnäinen quarters in Helsinki, and the Stockmann department store competition on Helsinki. Matti K, as we called the professor, was during that time the chair of SAFA, architect-professor at the University of Oulu, and soon the president of the  National Board of Public Building (today Senaatti Properties). Matti K was the best mentor and patron for young architects. He was strict but supportive, he gave all responsibility to the youngsters, and stayed on the background to give advice when needed. 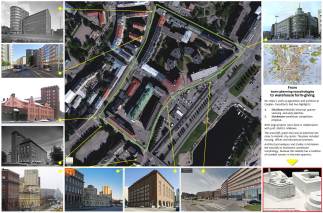 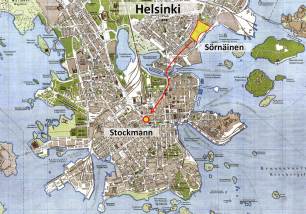 Suunnittelu Penttilä (Penttilä Design, today Penark Oy) is an architect’s and engineer’s office in Tampere with remarkable projects from public buildings, housing, renovations to factories. Penark Oy is, and has been, an ideal setup of a planning and design company: it can realise buildings from the ideation and concepting phase through all architectural and engineering planning to manage the construction process. During the late 1980’s Risku participated as a project architect in Saarioinen head office and Saarioinen’s factory planning. Also Hotel Scandic Tampere was on the planning phase, but after the architect’s drawings the project was postponed.

Picture gallery of the architect